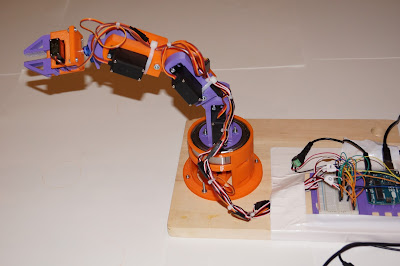 Here is more info on the build:

Here's a demo of a task that consists of stacking three plastic cups. In all of the videos below the same task is performed. All videos are played at 1X speed. Note the improvement in speed in each iteration.

With these out of the way, I will go ahead and wrap up this project for now. It is time to move on to other projects and I would like to revisit drones ...

Posted by Payan Canaran at 3:18 PM